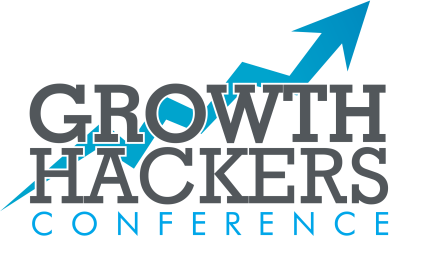 I was lucky enough to attend the Growth Hackers Conference this week in San Francisco. I’m not typically that interested in conferences, but I could not miss this speaker list and I wasn’t disappointed. Product marketing and growth folks from PayPal, Facebook, LinkedIn, Twitter, Tagged and 500 Startups spoke on their experiences driving growth from early to the late stages of their respective companies, offering their insights and suggestions. It was a pretty priceless experience set. Here a few things I gleaned :

Growth Hackers Are Not Valuable Before Product Market Fit: There’s a common misconception that growth hacking (like regular hacking, I guess?), happens early in product development. It makes sense that people are confused. There’s been a lot of conversation about lean startup in the scene lately, so I guess people think of growth hacking as lean’s marketing-y sister.

Growth hacking is experimenting with a pretty big data set, and that data set is a user base in the multiple millions of users / profiles / content pieces. Yes, the multiple millions. Think about it, if you’re going to hack your way into additional growth, you need to start with something to hack into. That pool is a large group of users coming through your door every day. It allows you to run multiple experiments per day and the scale means that even small optimizations will move the needle in big ways.

When Growth Hits, Build A Dedicated Growth Team: Growth hacking isn’t different from marketing, but it’s building a more technically-inclined team. I heard from a number of veterans today that growth hacking teams are typically comprised of a product manager, engineer, designer and data analyst. Everyone had a slightly different composition of talents in mind, but this was roughly the composition of the standard team.

Don’t have 10mm users yet? If you’re in a consumer business there is no question that exponential growth is important to you, so here are a few things to consider now while in the early stages

Build a Growth Culture: Baking growth into the organizational decision engine is a choice. It’s not for everyone, some companies want to focus on brand and having a growth culture can create tension with a brand focus. Keith Rabois noted that one of the best performing emails of all time at LinkedIn had a grammatical error in the subject line. At Square, he never could have gotten that email sent because the branded experience is so important to Square.

Focus On Core Metrics: There used to be a school of thought that encouraged product managers to “track everything”. Instead, it’s better to define what your core metrics are and chase those. It minimizes distraction and keeps focus on the drivers of the core business

Experiment, Experiment, Experiment: There’s nothing more poisonous at an early stage company than creating a culture that punishes failure. Stan Chudnovsky said at PayPal that he might run five experiments in a given week and that they would all fail. Elliot Schmukler similarly noted that at LinkedIn they would actually repeat failed experiments letting other people run them. #awesome