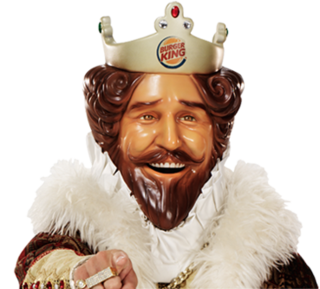 The never-ending power struggle between content and distribution seems to be writing a new chapter around the film and tv worlds.  Some very big things have already happened in the first quarter of this year in the media business.  These are just a few happenings that have rocked the media biz recently:

– Comcast speeds the acquisition of NBC

– Time Warner is selling off a huge piece of Time Inc.

I look at the value chain in the old cable television industry as such: Studios -> Networks -> Operators -> Consumers

In a simplified model of cable television, studios pay to create content (or networks would pay advances), the networks buy rights to that content and sell advertising against it , and then cable operators pay networks for the content that they pipe through their lines to reach consumers in their homes.

Consumers want content, hate their cable bills and are increasingly willing to watch the content that they want online. This is particularly true of  younger consumers.  Online streaming services can now circumvent networks and operators, cut deals with studios and deliver content directly to consumers over the Internet.  This is rapidly changing the dynamic of the media and entertainment industries and shifting the value away from distributors and towards content creators.

It’s not immediately obvious how this is going to affect consumers. One the one hand, disintermediation should lower costs for consumers, but it’s unlikely to do so in this case because most of the value in this chain is on the content, not the distribution.  Because there’s no marginal cost to delivering the N+1 unit of Breaking Bad or Downton Abby,  the price for the content in a perfect market will be set at whatever price the creators can profit the most at.  The cost of delivery isn’t really part of the equation.

Another stakeholder group that’s going to be hugely affected by this change is advertisers. Currently prime time television CPMs are probably somewhere around $50, but pre-roll video ad eCPMs are probably between $5-$10 (nowhere near the value of tv).  As the value of advertising declines and as customers increasingly purchase their content via subscription and ala carte models, advertisers are going to find it difficult to get in front of audiences at scale with high value brand messaging. Additionally, ad supported content is going to become increasingly rare and the demographic composition of consumers watching ad-supported content is going to shift.

These shifts will increase in speed over the next year. I think we’re going to see studios and networks potentially change hands.  Operators are going to struggle to backwards integrate into content  and Internet services are going to bid up the price of premium content and pass those costs onto customers in the form of ala carte premium pricing.

TV ad dollars will at last  begin to decline as advertisers realize that their audiences have moved online. These dollars will flow into online ad channels (video being a big one), social advertising and, to a lesser extent, mobile.