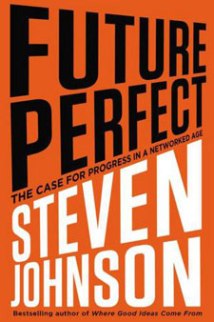 I just finished reading Future Perfect by Steven Johnson and wanted o recommend it, as well as get the salient points across in words to help me better understand the reading.

The most visual representation of the dichotomy that Johnson creates is the story of the evolution of the rail systems in France and Germany. Referred to as the Legrand Star, the French developed a rail system in the 1800’s that focused most of its traffic on main lines, all of which ran through Paris.  The entire system was designed from start to finished and was highly centralized. This made a train system that could reach very high speeds, and get people in and out of Paris from all over the country.  The Germans, on the other side of the Rhine, developed their system with no centralized design, the final product was mostly a messy network of small linkages.  When the French and Germans went to war in the late 1800’s, however, the German rail system ended up being the better solution because it was more flexible, while the French had to move all of their soldiers through Paris before getting to the front on the eastern border. Because the germans could get more troops to the line faster, they ended up winning the war.

The book has so many great, optimistic ideas about how distributed networks can make a better future. I think we’ve seen some of this at work with Kickstarter, SOPA’s defeat and a thousand amazing geopolitical events that have been amplified through social media. While some of his vision is a bit too optimistic for me, I agree that we’re at the dawn of a new way of interacting and connecting with one another.  While the growth of distributed communication platforms has amplified certain risks (the new borderless terrorist organizations, for example, thrive in distributed networks). The benefits are only beginning to become evident.

Future perfect is a great read, check it out if you have the chance.