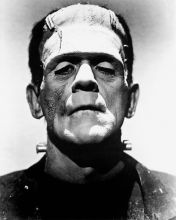 With all of the recent discussion about civil charges being brought by the SEC against Goldman Sachs, I got into a discussion with some friends about innovation, technology development and its abuse by people who either don’t understand the technology they are using, know but do not care about the risks involved, or knowingly behave unethically in an effort to leverage short-term gains.  After reading a blog post by Bill Taylor on the subject, I thought I’d chime in from a technology standpoint (although Bill does a much better job than I do at explaining my own thoughts on the subject–  you should definitely read his post).

Bill points out two blatant misuses of recent innovations developed by really smart people and abused by the financial services industry:  collateralized debt obligations and micro-lending.  These are both somewhat complicated technologies, and I think it’s safe to say that the U.S. housing market collapse was pretty clear evidence that the technology was egregiously abused.  The micro-lending conversation is perhaps a bit more ambiguous (it could be posited that the rejection of certain micro-lending offers are a natural piece of the economic puzzle, and will soon drive rates back down).  My position in the conversation my friends and I were having , which I still maintain, is that blaming technology is pointless and mis-guided.

People innovate.  It’s a natural thing for humans to do and should never be discouraged.   The idea that the innovation is the culprit is a dangerous position to take when situations like this arise because innovation is absolutely a net positive endeavor. Technological gains are part of what has made the U.S. economy surge in the past century, and it will unquestionably be the source of our economic growth in the future.  We live longer, happier lives as a result of technological innovation.

I think problems start to arise because of a lack of transparency and asymmetric information problems.   As Americans, we consume too much health care, we take out lousy mortgages and loans and we tend to make foolish financial decisions  as consumers.  American consumerism is generally an impulsive phenomenon–   or, we know we’re making bad decisions, but everyone around us is making them to so we fall in line with the behavior.  The solution to bad decision-making is more education and greater transparency. The solution is not to halt efforts to innovate from fear that innovation will be abused.